Patricia Sims joined the NMB in 1997 as a Mediator and was promoted to a Senior Mediator in 2000, and promoted to Director of Mediation in 2018.  Ms. Sims is the first woman to hold the position of Director of Mediation Services (DOMS). As the DOMS she is responsible for supervision and oversight of the mediation department services and programs.    Ms. Sims brings more than 20 years of experience in mediation in both the air and rail industries.  In her positions with the NMB, she has mediated major disputes with all of the legacy airlines and their unions, including legacy merger agreements, and regional airline merger agreements.   Ms. Sims successfully mediated National Handling which includes the 5 Class I railroads and unions.  Additionally, in 2002 she completed mediation with the first interest-based contract in the rail industry at CSX with their yardmasters.

Ms. Sims worked to create the Alternative Dispute Resolution (ADR) department at the NMB, which provides problem solving training to the parties in both industries. She has been instrumental in promoting and facilitating new processes in both industries and has presented NMB programs and workshops for over 20 years.

Ms. Sims earned her BA in education from Virginia Tech and received her mediation certification at Harvard Law School, and at the Private Adjudication Program at Duke University Law School.

Mr. Kelliher earned his undergraduate degree and MBA from Dominican University in River Forest, Illinois. He holds a certificate in mediation from Northwestern University’s School of Continuing Studies and earned an Ombudsman certificate from the United States Department of Defense.

Jane Allen joined the National Mediation Board as a mediator in June 2015 with 22 years of experience in the airline industry. She also practiced law for 5 years in a private firm. Ms. Allen worked for five years in a senior executive capacity at a large legacy carrier. She had overall responsibility for cabin crew operations as the Senior Vice President Onboard Service. Subsequently, Ms. Allen directed the company’s human resource and labor activities as the Senior Vice President of Human Resources. As a member of the company’s executive committee, she provided advice and counsel on strategic human resource and labor matters to the senior executive team and the Board of Directors.

Ms. Allen also held a variety of positions over 17 years at another large legacy air carrier. As the Vice President of Employee Relations and Chief Labor Negotiator, she directed all collective bargaining, and was responsible for contract interpretation, labor relations, and mediation. In this position she gained broad experience under numerous Railway Labor Act provisions, and in Alternative Dispute Resolution. Ms. Allen also served as the carrier’s Vice President of Flight Service and the Managing Director of Compensation and Benefits for all employees.

Ms. Allen holds a JD from Vanderbilt University’s School of Law and a BA in Communications from The Ohio State University.

Eva Durham joined the National Mediation Board as a Mediator in June 2015 with 40 years of airline labor relations experience at regional, legacy and ULLC carriers. She began her career as a flight attendant with Ozark Airlines, where she was elected to the AFA MEC. AtTrans World Airlines (TWA), Ms. Durham served as a labor advocate on cross divisional labor teams and later worked with multiple labor groups as manager in the TWA human resource – labor relations organization. Her labor experience in the regional airline industry includes serving as Vice President Inflight at Atlantic Southeast Airlines, and leading the Inflight department at Compass Airline. Ms. Durham gained ULLC experience at Frontier and Spirit Airlines, where she served as Senior Director Inflight. Her tenure in the airline industry includes labor relations, contract negotiations, and leading change during airline bankruptcy, strike, mergers, spin offs, and transitions.

Ms. Durham holds a Bachelor of Science degree in Industrial and Organizational Psychology from Washington University in St. Louis, Missouri. Her MBA was earned at Clayton State University in Morrow, Georgia. She has completed mediation training at Harvard Law School and worked as a Georgia civil and domestic relations mediator.

Victoria Gray joined the National Mediation Board as a Mediator in July of 2009 with 40 years of labor relations experience in the airline industry as a labor advocate. Ms. Gray mediates Railroad and Airline Collective Bargaining Disputes and grievance mediation. She earned her undergraduate degree in Anthropology from California State University at Northridge; has a certificate in Industrial Relations from the University of California at Los Angeles and a Certificate in Dispute Resolution from the Straus Institute at the Pepperdine University School of Law and a Masters in Conflict Resolution from Dominican University in Chicago. Ms. Gray was a member of the County of Los Angeles Community and Senior Citizens Services Voluntary Mediation Services program and the Pro Bono Panel of Mediators for the Los Angeles County Superior Court. She is a certified Conflict Coach, teaches and conducts facilitation and mediation and was a member of the Board of Directors of the Southern California Mediation Association (SCMA), is a panel member for Southern California Family Mediation (SCFM) for the Los Angeles County Superior Dependency Court, Board member for Mediator Certification Consortium of California (MC3) and Mediators Beyond Borders (MBBI) and a volunteer for the Centinela Youth Services (CYS) restorative justice program.

John M. Livingood joined the National Mediation Board in April, 2000, as a Mediator, working on both airline and railroad cases. 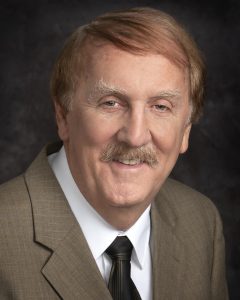 Jim Mackenzie joined the National Mediation Board as a Mediator in March of 2009. In this capacity, he serves as a mediator in Airline and Railroad cases.

Prior to joining the NMB, Jim completed 31 years as a commercial pilot for a number of major airlines, retiring from Northwest Airlines in 2006 as an Airbus Captain. Following retirement, Jim was a Captain B-777/787 Instructor pilot for Alteon, a Boeing Company and an aviation consultant.

Jim’s labor relations experience included 30 years working in various positions for the Air Line Pilots Association (ALPA). During his career with the airlines, Jim served as Chairman of the NWA Pilot Retirement and Insurance Committee and was successful in maintaining the pilots defined benefit plan though Congressional legislation. In addition, he gained bankruptcy and workout experience serving as a member of the NWA Unsecured Creditors Committee. His extensive labor relations experience also includes being elected to the Master Executive Council of Braniff International Airlines, Co-Chairman of the PeoplExpress Pilot Merger Committee and serving on various ALPA committees at the local and national level. In addition, he served as President of the Board of Directors of the Air Line Pilots Mutual Aid Association, which provided disability benefits for all ALPA pilots.

Jim’s military career with the United States Navy included 5 years flying the A-4 Skyhawk on active duty in the Western Pacific and 9 years in the Reserves as an adversary pilot.

Jim is a graduate of the University of Kansas with a Bachelor of Science in Business Administration.

Catherine McCann joined the National Mediation Board in June 2015 with considerable experience in labor relations. Prior to joining the NMB, Ms. McCann worked in the commercial aviation industry for 18 years in various Human Resources and Labor Relations capacities. She served as the Vice President of Employee Relations and the Vice President of People for American Eagle Airlines. She had responsibility for all Human Resources and Labor Relations functions and negotiated multiple labor agreements with each of American Eagle’s unions.

Ms. McCann also has labor relations experience with unions in Canada and the Bahamas.

Ms. McCann holds a Bachelor of Arts in English from the University of North Texas.

Gerry McGuckin joined the National Mediation Board as a Mediator in September of 2007. He serves the Board in airline and railroad cases, including Grievance Mediation cases.

Prior to joining the NMB, Gerry completed a career as a commercial airline pilot for a number of major airlines, retiring in October, 2006 from US Airways. During his twenty nine year airline career, he gained extensive labor relations experience, including merger committee co-chairman for the PeoplExpress pilots, elected representative on the ALPA Master Executive Council for both Braniff International Airways and US Airways, and ALPA chief negotiator and negotiator for over twelve years at US Airways which involved crafting labor agreements for over six thousand pilots.

Gerry’s military career with the United States Air Force and Air Force Reserve spanned over twenty seven years. Initially serving as crew chief on the F-86 F aircraft, he retired in 1998, as a Lt. Col., Flight Commander, having flown the C-141 aircraft for twenty three years.

Gerry is a graduate of the City College of New York with a Bachelor’s degree in Psychology; he also holds a Master’s degree in Business Management, emphasizing labor relations studies, from Central Michigan University.

Mike Tosi joined the National Mediation Board in March, 2005, as a Mediator. He serves as a mediator in airline and railroad cases, including grievance mediation cases.

Prior to joining the NMB, Mike completed a career as a commercial pilot flying for several major airlines. He retired in March from US Airways. During his more than twenty-nine year career, Mike acquired experience in labor relations from both a management and a union perspective. He served as a Team Manager at People Express Airlines managing more than three hundred fellow employees. And, as chairman of US Airways’ largest ALPA council and as a representative on its Master Executive Council, Mike served on the pilots’ governing body during US Airways’ continuous efforts to restructure itself, and as it emerged from Chapter 11 in 2003. Mike also served as a member of the ALPA National Appeal Board.

Mike is a graduate of Columbia University with a Bachelor of Arts degree in Economics. He retired in 1999 from the Air National Guard as the Vice Wing Commander of the 166th Air Wing in Wilmington, Delaware, thus completing thirty-two years of military service.